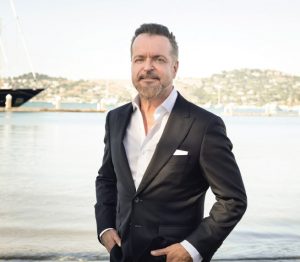 ACCORDING TO THE San Rafael–based Center for Volunteer and Nonprofit Leadership, Marin County is home to 1,543 nonprofits contributing approximately $950 million to the economy and donating the time of 115,000 volunteers to those in need. Still, even though Marin is one of the most affluent counties in the country, the Great Recession of 2008 left one-third of Marin County nonprofits running a deficit, with many still struggling to recover five years later, according to a 2013 CVNL report — over one-quarter of local nonprofits surveyed reported that they did not have a reserve. Small and midsize nonprofits are the most vulnerable of organizations during a recession, struggling to stay afloat right when services are needed most.

Now, with whispers of another looming recession swirling, nonprofits and individuals are getting pre-pared. Thirty-year veteran financial adviser and Tiburon resident James Demmert specializes in working with nonprofits and is founder and managing partner of Main Street Research investment advisers in Sausalito. He recently published his second book, The Sustainable Endowment, offering investment strategies for nonprofit endowments, and the Tiburon Peninsula Chamber of Commerce named him 2018–19 Citizen of the Year, citing his firm’s philanthropy and his personal dedication to the community. We asked him to comment more about the financial landscape of nonprofits and foundations.

What is the most important thing a nonprofit or foundation can take from your book?

New generations don’t remember that in 2008 [many] people lost 50 percent of their wealth. There are a couple chapters about how foundations can mitigate the risk of catastrophic decline. It reminds people that markets go in cycles and every seven or eight years you get horrendous declines. That’s one thing if you’re an individual — not a good thing, of course — but if you’re a foundation and your assets fall 30, 40, 50 percent, a few things go wrong: one, you can’t give as much money away; two, your donors get really upset and typically stop donating; and three, if your value falls and you are still sending money out, your recovery time takes twice as long because your asset base is being nicked away as you try to recover. There is a cataclysmic amount of bad stuff that happens. I call this the “ugly math” of catastrophic decline. But there are tools you can use to mitigate loss.

What types of alternative investments do you suggest for nonprofits and foundations when the stock market is volatile?

Given the potential downside risk in stocks historically, foundations and nonprofits should avoid being in 100 percent stocks at any time. Alternatives such as bonds and real estate investment trusts, as well as defensive stocks (less vulnerable to economic downturns) such as utilities, can protect the assets from being fully exposed to the stock market, while generating positive rates of return. Foundations and nonprofits, like with family wealth, should determine their required rate of return and invest accordingly. This rate of return should be a result of determining annual expenses and withdrawals and the effect of inflation over time.

Do you have any specific recommendations for an election year?

Historically, election years are positive for stock market returns. However, investors should be careful to not have expectations based on that statistic alone. In our view, the upcoming election year should be viewed through the lens of what’s happening with the global economy and policy makers. The global economy has slowed quite a bit over the last 18 months and many investors and the media fear a recession is in the offing — recessions bring about the worst in stock markets: think 2008 (with minus 50 percent losses). However, our research suggests the odds of a recession are quite low over the next 12 months. Keep in mind that stocks today are pretty much at the same level they were 18 months ago, which reflects quite a bit of the recent slowdown in the economy and corporate profits. Fed policy and the potential for a mitigation of the tariff war may make stocks the winner in 2020, particularly companies that can deliver consistent growth, such as technology, health care and consumer staples. We would be wary of long-term bonds as interest rates may rise at some point in the coming election year, and we favor real estate investment trusts with a focus on health care, technology and storage.

By law, foundations are only required to give away 5 percent of their wealth. What is the justification for this low percentage?

Though the 5 percent figure may sound low, we think it is a practical number based on historic financial market returns and [the task of] managing these funds in a prudent manner. Foundations and nonprofits have a fiduciary duty to protect these assets while pursuing risk to grow the assets. We [advisers] also have a similar fiduciary duty. If you consider that the long-term annual return of stocks is approximately 9 percent, the 5 percent withdraw rate, plus annual administrative expenses and inflation, is attainable without taking undue risk. One of the biggest mistakes we have seen over the past 30 years is a result of endowments or families taking undue risk — particularly having too much stock exposure at the wrong time. All investors should take risk management more seriously to avoid getting hurt in the next inevitable, and highly unpredictable, big drop in stock markets. We do this for foundations and families by being flexible about the allocation to stock exposure, using alternatives such as bonds, and employing risk management tools such as stop-loss orders. Stop-loss orders automatically sell securities before declines become catastrophic. By employing these kinds of risk management strategies and tools, investors can be prepared for unexpected and significant risk and sleep well at night.

As someone who works closely with our local nonprofits, how would you say Marinites are doing in terms of giving?

I feel like we can do better. We have pockets of underserved areas — like Marin City — that need more attention. People may give back more here in Marin than in other places, but it’s still not enough. The older generation gives back more. I would like to see younger generations give more. There are some parts of Marin where people are maybe too obsessed with what they have and are unwilling to give back. We always try to inspire families who are clients of ours to give back. Try to create a culture and a process of giving back to the community, and you gain the satisfaction of being good community members. We are doing OK, but I think we can do better.

How did you become a financial adviser?

I am from upstate New York. I was lucky, my parents sent me to boarding school even though they could barely afford it, and that got me into a better college. I went to Harvard and when I was there as an economics major, math minor, I decided to do an internship. This was 1985, when internships were unusual, but I chose to do it at an investment firm called L.F. Rothschild. That was a life-changing moment. That got me inspired and I worked there for two and a half years while I was still in school. When I got out of college, I already had my licenses, so it was a great head start.

What brought you to the West Coast?

It was 1987 when I graduated from college, the year the movie Wall Street was popular. All of my graduating class was going to New York and I said, “I’m going to do something different.” My parents brought me to San Francisco when I was 14 and I thought, “This is so beautiful. When I have my own thing, I’m going to San Francisco.” I arrived here with just a suitcase.

To read this article in its entirety, please click the following link: https://www.marinmagazine.com/financial-advisor-james-demmert-on-nonprofits-in-marin/