Global Stocks Rally Off Lowest Levels: Is It Safe to be Fully Invested? 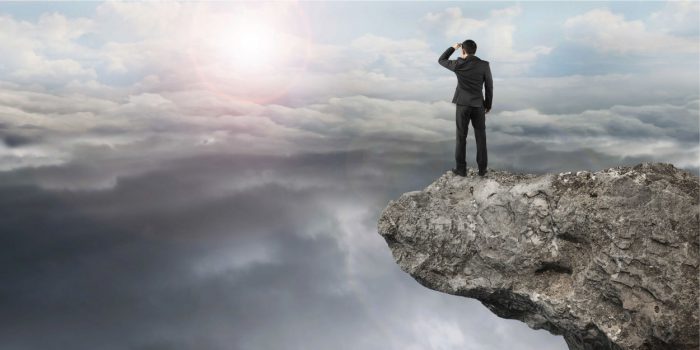 Over the past six weeks, global stocks have staged a significant comeback. After being down nearly twenty percent in late December (bear market territory), indexes have climbed half-way back to their previous highs (see chart below). Much of this recent gain can be attributed to the Federal Reserve being more sensitive to what is now obvious: the global economy has been decelerating along with corporate profits, neither good for stock prices.

In addition to the Fed’s accommodation, there is swirling speculation (mostly optimistic) that another US government shutdown and harmful trade negotiation outcome can be averted. I have taken a more defensive position during the past few months – which can be trying given the most recent upward trending market. Is the recent market strength a sign that “all is well” and we should be once again fully invested (up to your asset allocation)? Or is the recent strength just a temporary “relief” rally to be followed by a decline?  Let’s look at some data points.

Short Term Trends and Fiduciary Responsibility
Although the recent market strength is welcome, investors should be careful about assuming that short term price movements dictate the health of the underlying economy and corporate profits. Short term (weeks) movements in stock prices should also not be used to predict the health or future direction of stocks, as tempting as it may be.  For instance, a decline in stocks during a bull market can appear to lead one to consider selling, just as a temporary rise in stocks in an unhealthy market can lead one to go “all in” – both bad ideas.

In my view, investors would be best served by confirming that the basic fundamentals of a healthy economy and stock market justify being fully invested in the stock market.

The Slowing Economy and Profits Picture
If the global economy can slow down to a consistent “cruising speed” of 2% annually and the Fed stays accommodative, we believe that – with corrections along the way – stocks can go higher this year.

However, at this point, the downtrend in economic growth and earnings has not shown signs of slowing.  Today, for instance, the big industrial company Caterpillar warned of weaker than expected sales. In my view, a continuation of weaker than expected economic statistics and profits can easily send markets lower and your first priority for your assets is to mitigate significant downside risk.  I will be watching all the data points in the coming days and weeks for signs of stability.

Trade, D.C., Brexit, etc.
Each of these factors played a role in the market’s decline and subsequent recent market strength – depending on nothing but short term speculation. Investors would be wise to consider the potential negative impact that these events could have on the health of the economy. I will also be watching these data points over the course of the coming days and weeks.

Is Recent Market Strength Sustainable? Is a Market Correction Overdue?
In a bull or bear market, stock indexes have periods of short term strength (rallies) and weakness (corrections). Interestingly the recent strength in stocks has not been accompanied by any clarity on the issues discussed above, except for positive Federal Reserve commentary. The strength, however, has been significant and has reached a point by many measures I consider to be overextended. So yes, a correction or decline in stock prices is probably overdue at this point.

Should You Buy Shares in Great Companies During the Next Market Correction?
If the economy and profits appear to be on better footing and trade and government shutdown risks dissipate, the answer is YES. A moderate stock market correction, with better fundamentals, would remove recent underperformance and allow you to buy some of the world’s best companies at great prices. On the other hand, in the face of continued deterioration in market fundamentals, continue the tact of keeping “safer than sorry.”

A Profitable 2019
It is important to recall those periods of tough economic climate and bad markets are not long affairs (months not years). In my view the stock market will soon – if it already hasn’t done so – discount the worst-case scenario for the economy and corporate profits, leaving you plenty of time to make great strides in growing your wealth during the course of the year ahead and the many years beyond.

The Sustainable Endowment was written for executives and board members of small- to mid-size U.S.-based nonprofits, charities, or foundations. Running a nonprofit requires specialized knowledge and skills, especially regarding foundation management and investing your endowment so it remains sustainable for years to come.

This book walks you through the basics and best practices of what you need to know to be successful.

Order your copy today on Amazon